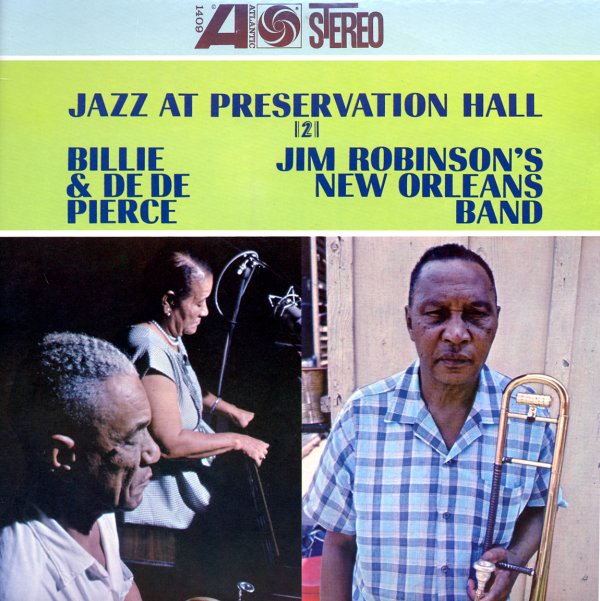 Some of the best-recorded work to ever come from the Preservation Hall scene in New Orleans – one of Atlantic Records' great 60s albums of material from the legendary venue! Side one features a small combo led by trombonist Jim Robinson – a group with a great gutbuckety groove, thanks to banjo, bass, and drums on the rhythms – and graces with some especially nice clarinet by Louis Cottrell in the lead with Jim. Titles include "Gettysburg March", "You Tell Me Your Dream", and "My Bucket's Got A Hole In It". Side two features the classic group of trumpeter Joseph De De Pierce and pianist Billie Pierce – in a lineup that has George Lewis on clarinet and Louis Nelson on trombone. Titles include "Shine", "San", "Ciribiribin", and "Shake It & Break It".  © 1996-2021, Dusty Groove, Inc.
(Green & red Rockefeller pressing. Cover has light wear.)