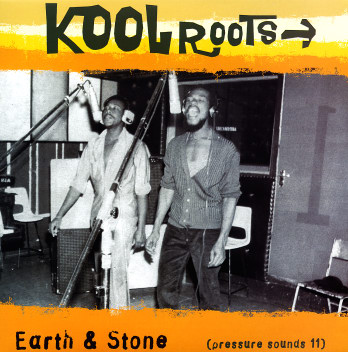 Great duo vocals from the team of Albert Bailey and Clifton Howell – recording here with some excellent rhythms from Sly & Robbie and the rest of the Channel One crew! The music is mostly mellow, with a stepping groove that works great for the harmonies of the pair – and there's a fair bit of roots numbers here, mixed with some warmer lovers' rock titles too. Like other great titles on Pressure Sounds, this one does a great job of giving Earth & Stone the showcase they deserve – with excellent sound, and notes on the music – and titles that include "False Ruler", "Once Bitten Twice Shy", "Black Roots", "Three Wise Men", "Holy Land Of Home", "Jail House Set Me Free", "Devil Wise", "House Of Dub", "Wiser Dub", and "Jester Not".  © 1996-2023, Dusty Groove, Inc.