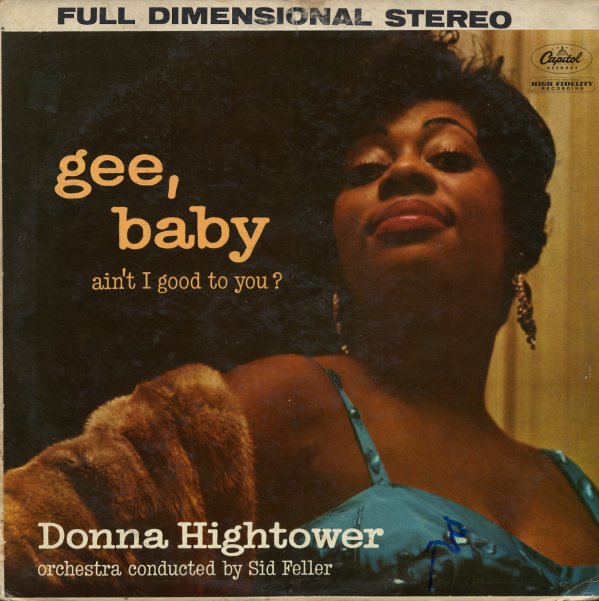 Gee Baby Ain't I Good To You?

Great work from singer Donna Hightower – a vocalist who'd later express herself in a much wider range, but who's already great here in a more jazz-styled mode!  © 1996-2022, Dusty Groove, Inc.
(Rainbow label stereo pressing. Cover has wear and aging, some splitting in the top seam, small split in the bottom seam, and some smudges in back.)