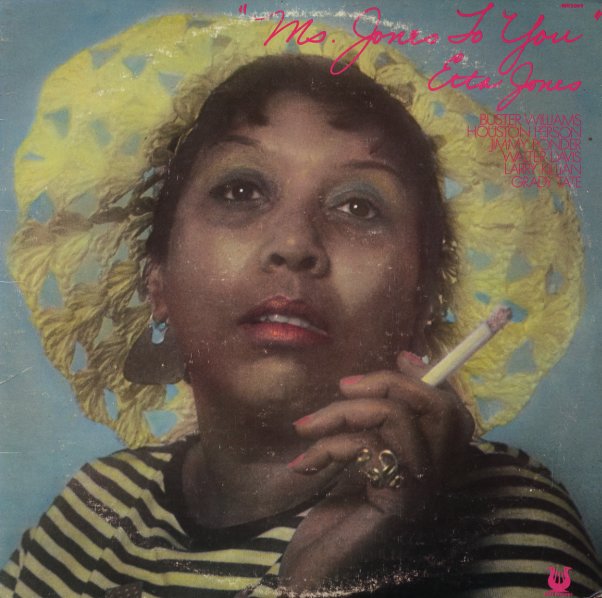 Ms Jones To You

Nice 70s work from Etta Jones – done at a time when she was really opening up her sound, thanks in part to prdouction help from Houston Person! Houston's on the set on tenor, and other players include Walter Davis on piano, Buster Williams on bass, Jimmy Ponder on guitar, and Grady Tate on drums.  © 1996-2022, Dusty Groove, Inc.
(Cover has light wear, a center split in the bottom seam and some marker on the back.)

Etta Jones '75
Westbound, 1975. Very Good+
LP...$5.99
Surprisingly nice album that Etta Jones cut with a larger backing group for Westbound, and a record that has her mixing in soul sounds with her usual jazz-based vocals. The set's got a great version of Bill Withers' "Grandma's Hands", and a Marlena Shaw-esque cover of "Go Away ... LP, Vinyl record album

Live-Liest
Muse, 1976. Very Good+
LP...$5.99
One of Eddie's last great records, and a smoking live set that has him singing with a group that includes Eric Kloss and Richie Cole on alto saxes – and Mickey Tucker playing some sweet electric piano. The vibe is more traditional vocalese than some of Eddie's other Muse recordings, with a ... LP, Vinyl record album