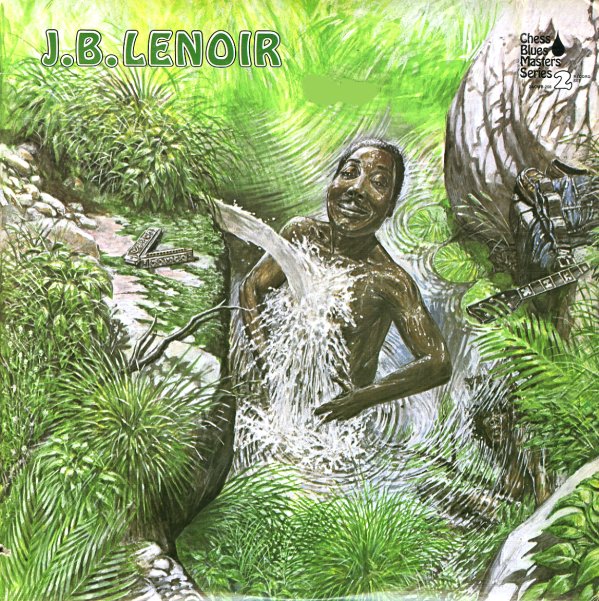 A really great collection of Chess Records work by JB Lenoir – one of the more unusual singers on the Chicago scene at the time – and one with a sound that's pretty darn great all the way through! Lenoir's tone is a pitch or two up from most of his contemporaries – not as gritty and deep, and with inflections that almost point the way towards soul singers in the generation to come. Yet the backings are definitely in the best Windy City modes of the time – as Lenoir plays some great electric guitar, alongside Alex Atkins on alto, Ernest Cotton on tenor, Joe Montgomery on piano, and Willie Dixon on bass.  © 1996-2022, Dusty Groove, Inc.
(80s French Vogue pressing.)

Best Of Little Walter
Chess, Early 50s. Near Mint-
LP...$19.99
A well-titled set – as the album features some of the best early sides that Little Walter recorded for Chess – records that went on to set a whole new standard both in blues vocals and harmonica! There's tightness here that's a bit different from some of the other Chess blues at the ... LP, Vinyl record album

Real Folk Blues
Chess, Early 60s. Near Mint-
LP...$16.99 (CD...$1.99)
Not as folksy as you might think from the title – thanks to a really powerful presentation by Sonny Boy Williamson! The style here has echoes of Bo Diddley or Jimmy Reed's sense of rhythm – a more upbeat and electrified Chicago approach than Chess was serving up a decade before – ... LP, Vinyl record album

Lightnin' Sam Hopkins
Arhoolie, 1962. Near Mint-
LP...$19.99
A gem of a record from the legendary Lightnin Hopkins – a set that adds in just a bit of extra instrumentation, including drums from Spider Kilpatrick on a few cuts, and additional bass and drums on a few more – all with a vibe that adds a slight extra kick to the Hopkins groove, but ... LP, Vinyl record album