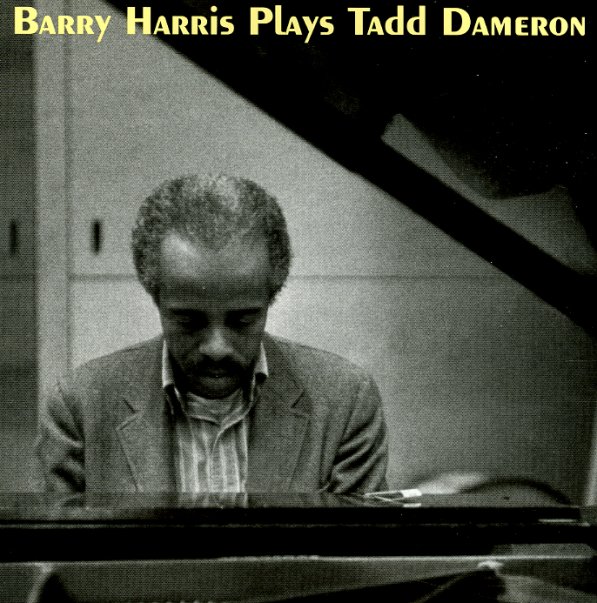 Barry Harris stretches out wonderfully in a set of compositions by Tadd Dameron – most of them familiar jazz standards from a few decades before, transformed magically by Harris in a hip 70s piano trio mode! The group here features Gene Taylor on bass and Leroy Williams on drums – both of whom work nicely with Barry's newly discovered sweetness at the time – an approach that's sometimes a bit warmer than his work in the 60s, and which helps make these tunes stand out in newly sensitive readings. Titles include "The Tadd Walk", "Lady Bird", "Casbah", "Our Delight", "Soultrane", "The Chase", and "Hot House".  © 1996-2022, Dusty Groove, Inc.
(Out of print, small cutout hole through case.)

Barry Harris At The Jazz Workshop (Japanese paper sleeve edition – with bonus tracks)
Riverside (Japan), 1960. Used
CD...$14.99 19.99
Early genius from Barry Harris – a live date recorded at San Francisco's Jazz Workshop, and one that has him gently grooving in a mix of sharp edges and lyricism! In a world where many up and comers were tempted by the fruits of the soul jazz sound, Harris remains nicely true to himself ... CD

Live In Tokyo (with bonus tracks)
Xanadu, 1976. Used
CD...$7.99 (CD...$9.99)
A great live set from pianist Barry Harris – material recorded on the same date that gave us the excellent Live In Tokyo album from reedman Charles McPherson – but done in a very different way that shows that Barry's clearly the leader on these tracks! The rhythm duo is wonderful ... CD

Luminescence!
Prestige/OJC, 1969. Used
CD...$14.99 28.99
An extremely striking sextet session from pianist Barry Harris – quite unlike most of his other work from the time! The group on the album features Pepper Adams on baritone, Junior Cook on tenor, and Slide Hampton on trombone – and that brace of three horns gives a really solid feel to ... CD

Heavy Love (with bonus track)
Xanadu/Prevue, 1977. Used
CD...$9.99
Lots of heavy love here – a wonderful sense of rapport between the great tenorist Al Cohn and piano genius Jimmy Rowles! Both musicians were still recording heavily at the time of this album, but the record seems to capture them in a really special space that still stands strongly on its own ... CD

Saturday Morning (with bonus track)
Xanadu, 1975. Used
CD...$14.99
A beautiful album from the wonderful reedman Sonny Criss – one of the first albums in his brief stretch of return to recording in the late 70s – and quite possibly the best! Criss has a sound that's completely amazing, right from the start – every bit as sharp toned as in his ... CD

Bud In Paris
Xanadu, 1959/1960. Used
CD...$11.99
Strong work that has Powell recording with some horn players, something that he almost never did at this point in his career. Two tracks feature Powell and Johnny Griffin playing without any rhythm accompaniment – on the tunes "Idaho" and "Perdido", taken at a nice ... CD