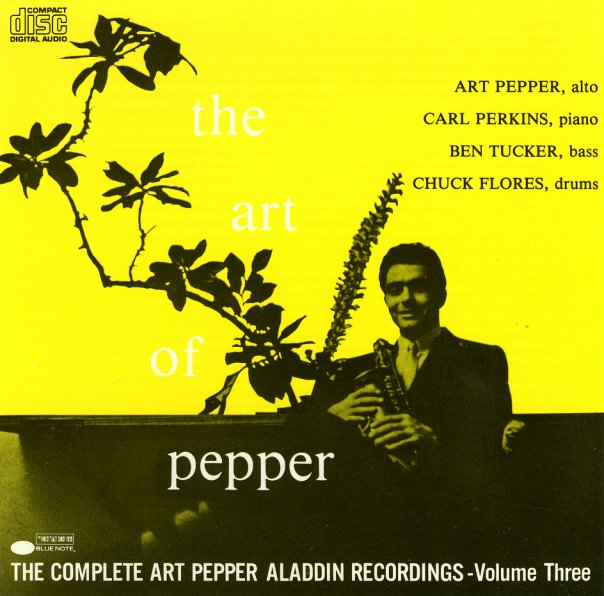 Art Pepper Quartet (with bonus tracks)
Omnivore, 1957. Used
CD...$13.99
Incredible work from alto genius Art Pepper – one of our favorite albums ever by the saxophonist – and a set that we actually love even more than his classic albums for the Contemporary label! Art's in a setting here that really lets him put a lot of edginess on his horn – ... CD

Today
Galaxy/OJC, 1979. Used
CD...$9.99
A soaring later date from Art Pepper – recorded with excellent rhythm from the trio of Stanley Cowell on piano, Cecil McBee on bass, and Roy Haynes on drums – plus a bit of percussion from Kenneth Nash too! CD

Friday Night At The Village Vanguard Vol 2
Contemporary/OJC, 1977. Used
CD...$6.99
A rather late recording for Pepper, but a great one played with some fierceness that you might not expect from the date of the recording. It helps that he's accompanied by a remarkable rhythm section of George Cables, George Mraz and Elvin Jones, all seasoned vets by this point, and playing with ... CD