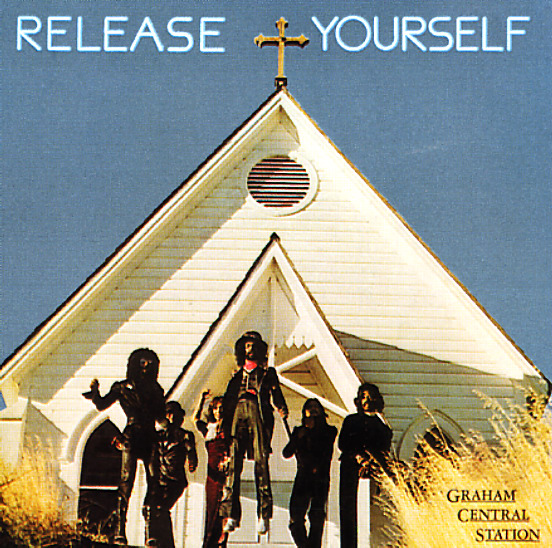 The second album by Larry Graham and his Graham Central Station – and as powerful a batch of LA 70s funk as you'll ever find! Graham's bass is in the lead, giving the record the same deep punch he gave the work of Sly Stone back when he was in the Family Stone – but the whole group's pretty darn tight, and the album's got some great quirky elements that come through a strongly electrified use of keyboards and vocal processing next to the bass! Think of this one as the blueprint for countless LA funk records to come – and enjoy the original grooves in titles that include "Release Yourself", "Feel The Need", "Today", "Got To Go Through It To Get To It", and the "GCS" theme.  © 1996-2021, Dusty Groove, Inc.
(Out of print Warner pressing. Tray card has a crease.)