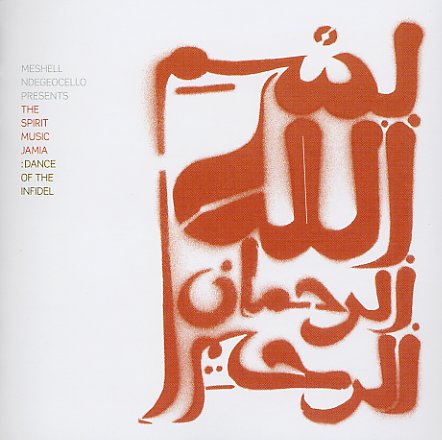 An incredible departure for Meshell Ndegeocello – a jazz-based project with a sound that's different than any of her other work! The album shows a depth that we never expected – a richly instrumental mode that's only touched by vocals on a few songs – and which is mostly territory explored by Meshell on bass, along with other jazz players that include Michael Cain on keyboards, Jack De Johnette on drums, and sax work from Kenny Garrett, Don Byron, Oliver Lake, and Oran Coltrane! 3 of the album's 8 tracks feature vocals – by Sabina, Cassandra Wilson, and Lalah Hathaway – and the tunes are all long, languid, and laidback – drifting along through some really moody territory. Titles include "Mu-Min", "Al Falaq 113", "Dance Of The Infidel", "The Chosen", "Luqman", and "Heaven".  © 1996-2021, Dusty Groove, Inc.
(Out of print.)