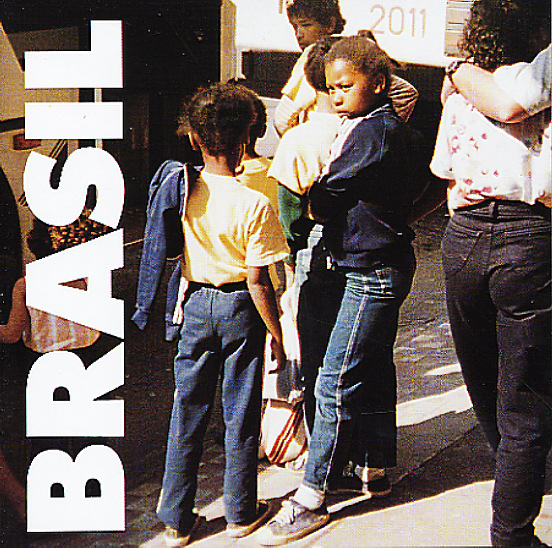 A really groundbreaking album of Brazilian sounds – a set recorded in the mid 90s by a London label – but one with a vibe that stretches back to the most important classics of the Brazilian scene in the 60s and 70s! In a way, the whole record's a bit out of time – nothing at all like Brazilian music being made in the 90s, and really the beginning of a moment of British-based preservation of lost genius that would flower in countless reissues and new recordings from labels like Mr Bongo and Far Out! Yet this set preceded most of those – and marks a first effort along those lines – done with help from Joe Davis of Far Out, and a key combination of Brazilian talents from previous decades – including singers Celia Vaz and Wanda Sa, drummer Tutty Moreno, saxophonist Teco Cardoso, trombonist Raul De Souza, percussionist Pirulito, and the most legendary talents of Joyce and Sivuca! The tunes have this beautiful mixture of natural, organic energy and modern jazz inflections – very much like the kind of sounds that Hermeto Pascoal and Airto unlocked with Quarteto Novo, but also with the energy of Joyce's classic material too – recorded beautifully, with an instantly timeless vibe. Titles include "Batucada No 1", "Capoeira", "Magica", "Berimbau", "Amazon River", "Misturada", "Forro", and "Zanzibar".  © 1996-2022, Dusty Groove, Inc.
(Out of print, sealed.)

Brazilliance Vol 1
World Pacific, 1953. Used
CD...$4.99
Landmark set of recordings cut for the Pacific Jazz label in the early 50s, and supposedly a major influence on the early bossa artists in Brazil! The tracks were cut by a quartet led by LA altoist Bud Shank, and featuring Brazilian guitarist Laurindo Almeida, who was living in LA at the time. ... CD