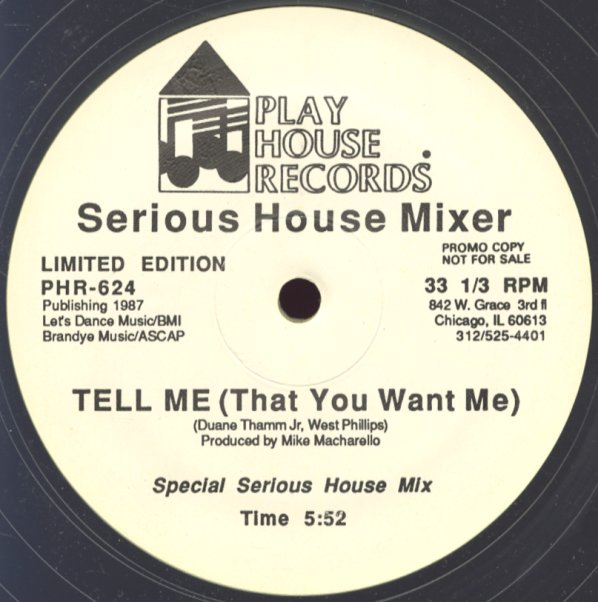 Tell Me (That You Want Me) (one-sided single)