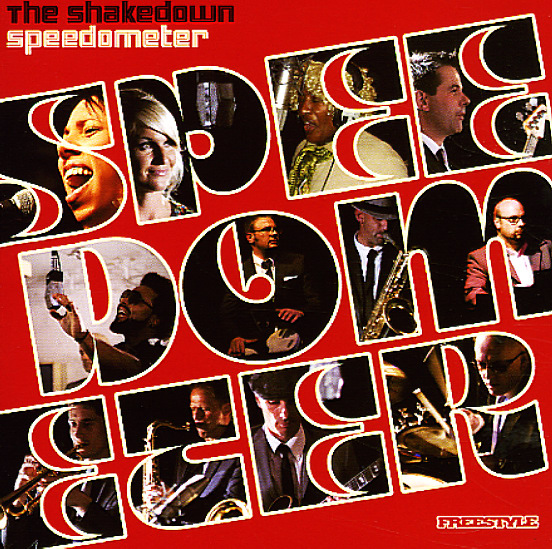 Long-running UK funk & soul combo Speedometer – still flooring it the The Shakedown – and bring it with a wider scope than ever before! The group has more vocal numbers in the set, and why wouldn't they when they have the lovely and soulful Rita Currie and guests of the caliber of funky diva/James Brown collaborator Martha High! The range of instrumental styles has been broadened, too. You've got your horn-heavy funky soul stormers, Hammond groovers and hard charging Latin funk jams with Snowboy on the timbalas, bongos and bata drums. Great stuff all around! Titles include "Again And Again", "La Nuea Manera", "You've Made Me So Very Happy", "Orisha", "The Shakedown", "Rubberneck", "Dragging Me Down", "Kool To Be Uncool" and more.  © 1996-2021, Dusty Groove, Inc.
(Out of print.)