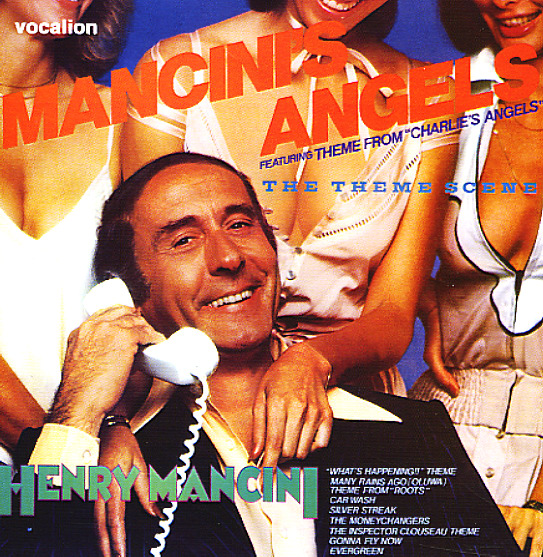 Mancini does a great job with the theme to Charlie's Angels, and also adds in some cool keyboards you wouldn't have heard on the original – and the rest of the album is a mix of other mid 70s TV themes, plus some cool originals penned by Mancini himself, but with a very similar flavor – often quite funky, in a soundtrack sort of way. Titles include "Charlie's Angels", "Car Wash", "Silver Streak", "Inspector Clouseau Theme", "Gonna Fly Now", "What's Happening", "The Moneychangers", and "Evergreen".  © 1996-2021, Dusty Groove, Inc.
(Cover has light wear.)