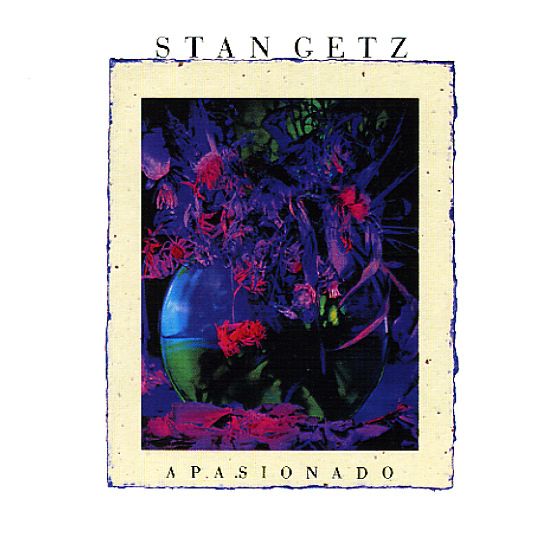 A late record by Stan Getz – one of his last – recorded with Herb Alpert and Eddie Del Barrio arranging – a record with a some surprisingly wonderful sax solos by Stan given the late date – and a surprisingly tight sound given the extended roster of players! The sound is pretty polished as a whole, which doesn't squander Stan's work, and the clean & lean vibe features contributors such as Del Barrio on synth, Kenny Baron on piano, Paulinho Da Costa on percussion, Oscar Castro Neves on guitar, a George Bohanon & Reginald Young on trombone, Rick Bapist and others on trumpet, and more. Titles include "Apasionado", "Coba", "Waltz For Stan", "Espanola", "Madrugada", "Amoruous Cat", "Midnight Ride" and "Lonely Lady".  © 1996-2023, Dusty Groove, Inc.
(Booklet has a very light water stain along the top edge.)

Sweet Rain
Verve, 1967. Used
CD...$9.99
One of Stan Getz's greatest records – no fooling! This gem often gets overlooked because it was issued in the years between Stan's bossa recordings and his later pop experiments – but trust us, it's a totally solid jazz album, with a quality level that was hardly ever matched by Getz ... CD

Dude
A&M, 1981. Used
CD...$4.99 (LP...$22.99)
A super-huge album from Quincy Jones – a record that's almost like Quincy's trying to show the whole younger generation that an older master like himself can still deliver the goods! The set was delivered right after Quincy helped out Michael Jackson on Off The Wall – and while it's ... CD