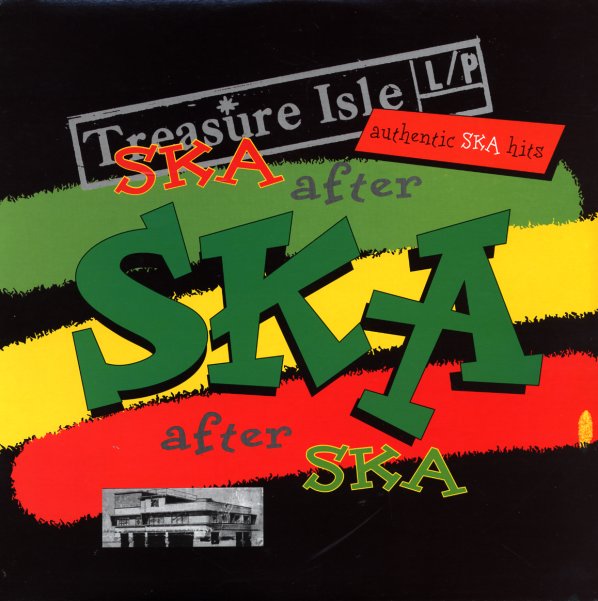 Mad ska from the King of Soul & Blues, proprietor of the heavy, heavy Trojan Sound System – after which the famous UK label would name themselves – Duke Reid! While Coxsone Dodd's Studio One has dominated the reissue scene for decades, back in the day he was the underdog compared to Duke Reid's Treasure Isle, home to some of the biggest ska and rocksteady numbers ever to rock Kingston! Heartbeat collects 21 scorching Treasure Isle ska jams on this outstanding set, for a non stop set of full blast gems, including "Thoroughfare" and "Street Corner" by Don Drummond & The Skatalites, "Magnificent Ska" by Lynn Taitt & The Baba Brooks Band, "It's Real" and "True Confession" by the Silvertones, 'When You Are Wrong" by the Techniques, "Rough & Tough" by Stranger Cole, "Only Suffering" by Funny Man & The Boys, "Get Your Feet Moving" by Eric Monty Morris, "Burial" by Duke Reid & His Group, "Storm Warning" by Lynn Taitt & His Comets, "Nuclear Weapon" by the Baba Brooks Band, "Carry go, Bring Home" by Justin Hinds & The Dominoes and "Alley Cat Ska" by the Treasure Isle All Stars.  © 1996-2020, Dusty Groove, Inc.
(Out of print, punch through barcode.)

Bobby Bobylon (with bonus tracks)
Heartbeat, 1979. Used
CD...$14.99
A key moment in the career of the legendary Freddie McGregor – easily one of the best-known voices in reggae in the post-Marley years! The set captures Freddie at his youthful best – coming off of time doing vocal group work, but really shining strongly as a lead singer on his own ... CD