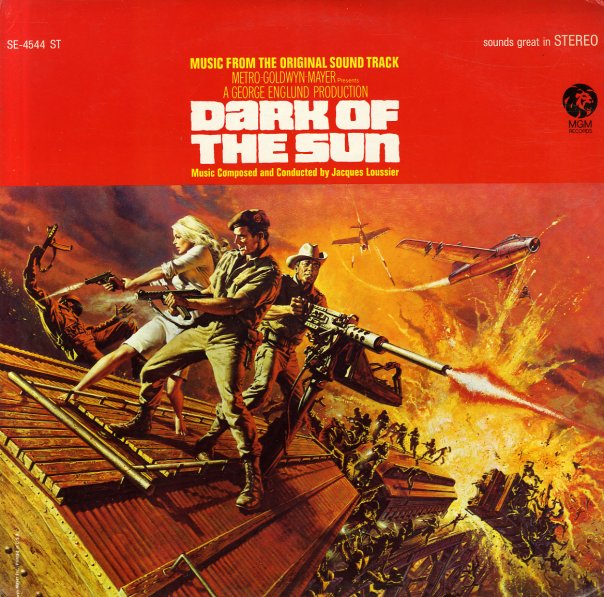 Dark Of The Sun – Original Soundtrack

A pretty nice action soundtrack from French composer Jacques Loussier – not as all-out groovy as some of his other work from the 60s, but filled with some nice touches that include jagged instrumentation over orchestrations, creating some jazzed-up bits that feel more like 60s crime jazz than 70s adventurism. Titles include "Curry & The Diamonds", "The Mercenaries", "Claire's First Appearance", "Friendly Natives Having Fun", "The Fight", and "Curry Kills Henlein".  © 1996-2022, Dusty Groove, Inc.
(Early 80s Japanese pressing. Cover has light wear.)