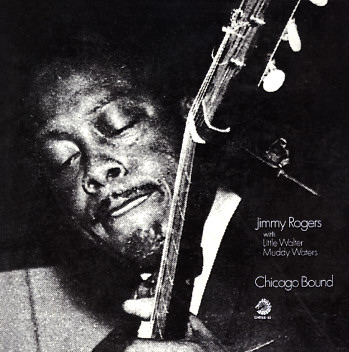 The title's an apt one here, as Jimmy Rogers was one of the many bluesmen who started out in the south, but headed to Chicago for greater fame – which was a good thing for Chess Records, who managed to come some of these great sides in the 50s! Rogers both sings and plays guitar – the later of which has a sometimes snakey quality that almost echoes a slight bit of jazz – a mode that recalls some of the inventions T Bone Walker was putting down at the time, but a little bit rootsier overall. Players on these sessions include Muddy Waters, Little Walter, Otis Spann, and Willie Dixon – and tracks include "Money Marbles & Chalk", "Ludella", "You're The One", "Back Door Friend", "I Used To Have A Woman", "Sloppy Drunk", "Blues Leave Me Alone", and "Walking By Myself".  © 1996-2021, Dusty Groove, Inc.
(CDr pressing.)