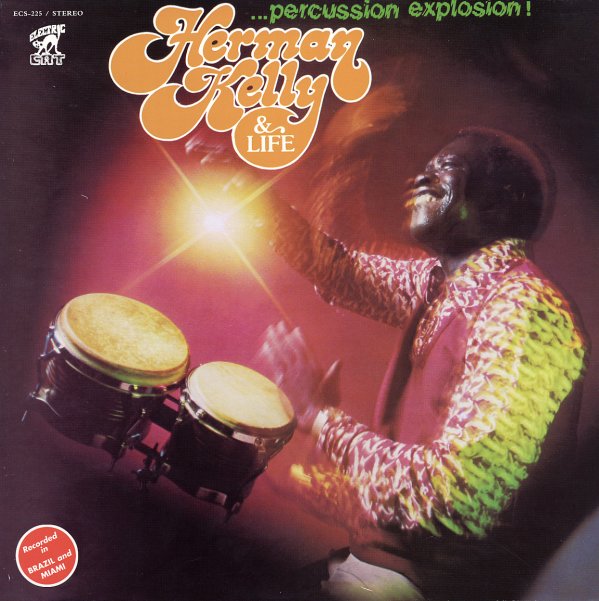 The percussion-heavy soul gem from Herman Kelly & Life – recorded in both Brazil & Miami – and awash with killer drum work all the way through! The album's a key part of the Miami sound especially – and really shows the way that city's 70s funk scene used congas heavily – really filling up the middle of a cut with even more energy than usual! The album's best known for the classic sample cut "Dance to the Drummer's Beat" – which is offered up here in a nice extended version, with a long percussion break that makes it even tastier than usual – and the record's also got a few other uptempo cuts like "Who's the Funky DJ?" and "Do The Handbone" – plus the tracks "Time After Time", "A Refreshing Love", and "Share Your Love".  © 1996-2022, Dusty Groove, Inc.

Beginning Of The End (with bonus track)
Alston/Ultra Vybe (Japan), 1976. New Copy
CD...$13.99 14.99
One of the rarest funky records of all time – the hard-to-find second album by Beginning Of The End! This West Indian combo hit it big with their first album on Alston, but this second set, for some strange reason, never really got distributed – which is a damn shame, because it's ... CD