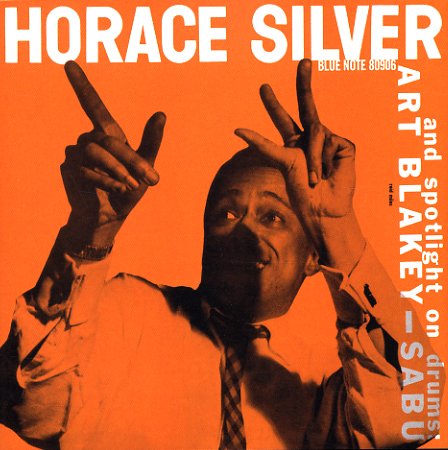 A seminal, yet unusual 50s Blue Note treasure! The album brings together a number of Horace Silver's great trio recordings from the early 50's, most of them with Art Blakey on drums, showing the fluid, rumbling genius that would later make him such a great leader. But the record also includes 2 tracks that don't even have Horace at all – and which feature duets between Art Blakey on drums and Sabu Martinez on conga, on the titles "Message From Kenya" and "Nothing But The Soul" – both tunes that have a highly percussive feel, and which were penned by Blakey. They're nice little percussion jams, and really take the material beyond typical 50s jazz and into beautiful beat-heavy territory – and they side nicely next to classic trio sides that include "Safari", "Ecaroh", and "Opus De Funk". This newly remastered version includes additional notes and photos.  © 1996-2021, Dusty Groove, Inc.
(Out of print.)