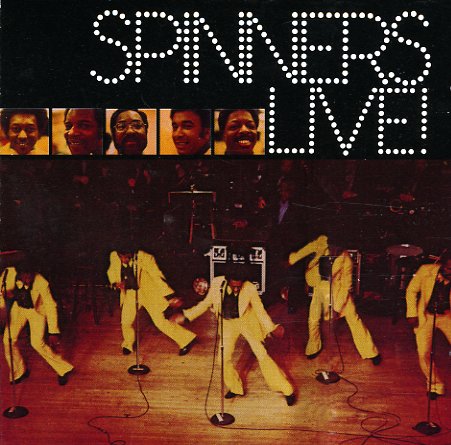 A fascinating little record by The Spinners – and a real contrast to some of their other Atlantic albums! The set has them stepping out of the tightly controlled studio sound of their Philly albums – still working with Thom Bell on production, but doing so in a freer sort of live setting. A number of tracks are taken in very open versions, and really extended out nicely – and there's also some good material on here that shows that the group's harmonies could work in just about any setting. Surprisingly great – a really excellent little album that shows that the group were as strong as a unit as they could be as part of a hit-making machine. Titles in lude "Then Came You", "Sadie", "Fascinating Rhythm", "I've Got To Make It On My Own", "Superstar Medley", "Love Don't Love Nobody", and "Mighty Love".  © 1996-2023, Dusty Groove, Inc.
(Out of print.)

Encyclopedia Of Doo Wop Vol 3 (4CD & book)
Collectables, 1960s. Used 4CD box set
CD...$49.99
Music from The Flamingos, The Five Satins, The Squires, The Summits, The Jesters, The Paragons, The Moondglows, The Mello-Kings, The Orchids, The Aquatones, and many more – 100 tracks in all. Also includes a massive 543 page book by Jay Warner filled with extensive notes, discographies, and ... CD

And I Love Him/Esther
Collectables, 1966. Used
CD...$9.99
Nice 2-in-1 set that brings together two of the best 60's albums by the great Esther Phillips! And I Love Him is the classic Atlantic LP that turned Esther from a rough-hewn, junkie, juvenile R&B singer into a sensitive interpreter of ballads, standards, and pop tracks. Her version of the ... CD