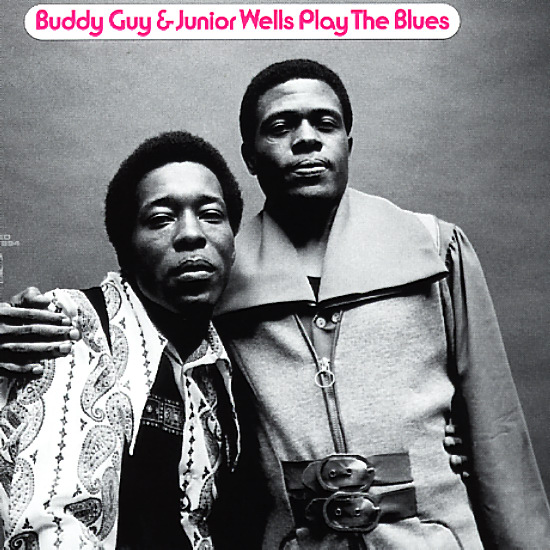 We're not normally ones to rave about electric blues albums, but this one's a lot nicer than you might think – recorded with plenty of deep soul touches, and even a dose of funk in the right places! We hate to admit it, but a big part of the credit here goes to Eric Clapton – who produced most of the record and gives Buddy and Junior a tightness that's missing from some of their other records of the time. There's almost a post-Cream sort of groove to the record – that "hipper than rock" sensibility that colored many of Clapton's old group members' projects for Atlantic in the years after Cream disbanded. But of course, Buddy Guy & Junior Wells are the real stars of the set – and the record's good enough to make even jaded Chicago residents like us appreciate their talents here! Titles include "A Poor Man's Plea", "My Baby She Left Me", "A Man Of Many Words", "I Don't Know", and "This Old Fool".  © 1996-2023, Dusty Groove, Inc.
(Out of print.)

Lightnin Hopkins
Smithsonian Folkways, 1959. Used
CD...$7.99
A late 50s session, but an album that captures Lighnin Hopkins in a rootsy style that could well hearken back to the 78rpm blues records of the 30s – thanks to production by Samuel B Charters, who captured Hopkins alone making music in his apartment in Houston! The tracks have that ... CD