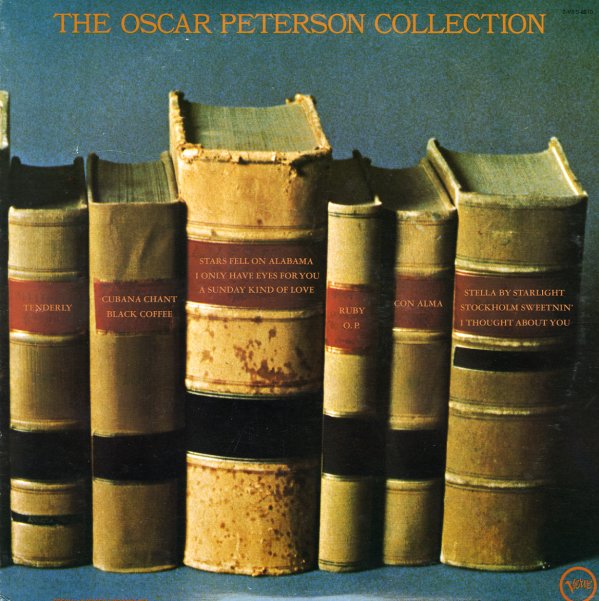 2LP Gatefold.
Out Of Stock

2 classic albums from Oscar Peterson – packaged together in one 70s collection! First up is In a Romantic Mood – a rare "with strings" date! We love Oscar Peterson with strings – a setting he never got to use that often, given the popularity of his famous trio recordings! When Oscar gets set up with strings, he seems to play even more freely than with a combo – let loose from rhythm a bit more than before, and instead focusing strongly on melody – which often comes off with a warmly lyrical feel. This album's a rare entry into the Peterson strings category – a great 50s date with Russ Garcia backing Oscar up – giving the album just the right mix of mellow and modern to match Peterson's magical work on the keys! In a way, the album's a link between two different styles of 50s jazz – some of the warmer string-laden work of the piano mainstream, and some of the sharper sounds of the Verve modern approach to the style – served up here by Oscar in ways that bring both modes together perfectly, with just the right dash of both. Titles include "Laura" and "Tenderly" – both tracks you'd have to have on an album like this – plus "Black Coffee", "Ruby", "Stella By Starlight", "A Sunday Kind Of Love", and "I Thought About You". Next is another unusual set – Swinging Brass With The Oscar Peterson Trio – one of Peterson's few albums with a larger group – featuring some great arrangements from Russ Garcia! Titles include "Blues For Big Scotia", "Con Alma", "Cubano Chant", "OP", and "Little Pea's Blues".  © 1996-2021, Dusty Groove, Inc.