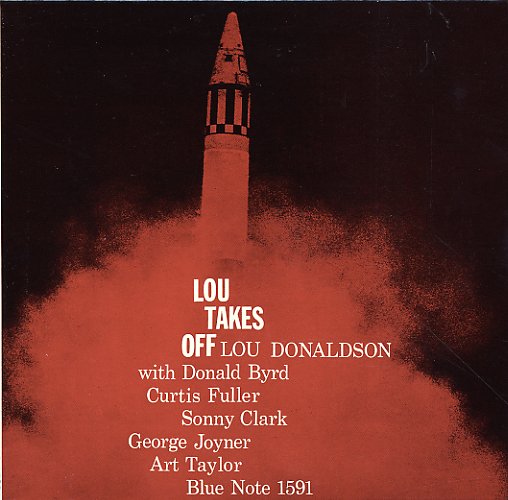 Quite an unusual Lou Donaldson album for Blue Note – much more open-ended than his other sets, with a really hard-jamming sort of sound! Unlike some of Donaldson's tighter dates of the time, which feature more bop-based, song-based shorter tunes – this one's more of a long-form blowing session, much more of the date you'd expect to hear from Prestige in the late 50s – and a bit like some of the work that Lou did on some of Jimmy Smith's all-star blowing dates from the same time. The group's a great one – a sextet with Donaldson on alto, Donald Byrd on trumpet, Curtis Fuller on trombone, Sonny Clark on piano, Jamil Nasser on bass, and Art Taylor on drums – the last of whom is very much at home in the setting, and does a great job of directing the energy of the group. The album's only got four long tracks – and titles include "Sputnik", "Dewey Square", "Groovin High", and "Strollin In".  © 1996-2021, Dusty Groove, Inc.
(Out of print.)