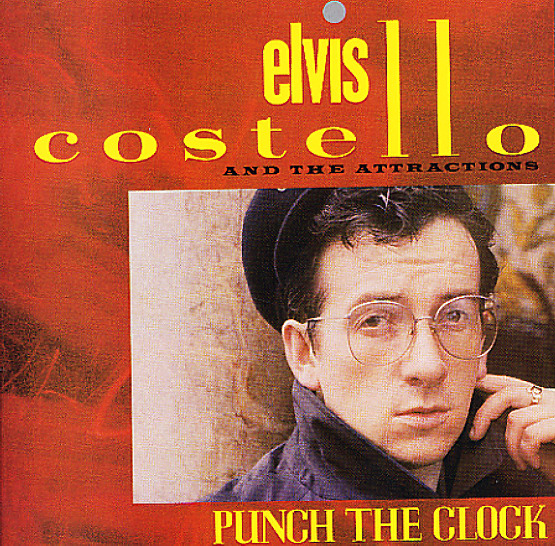 One of those rock records that shouldn't have worked – Elvis ditched the pounding pop of his earlier post punk years for this one, replacing it with 80s synthesizer soul production and hired back up singers – but it works, thanks to Costello's pen being nearly as sharp as it ever was. Titles include the mega hit single "Everyday I Write The Book", plus "Let Them All Talk", "Love Went Mad", "Charm School", "King Of Thieves", "Pills And Soap", "The World And His Wife" and more.  © 1996-2021, Dusty Groove, Inc.
(Cover has a barcode sticker at the top of the spine.)

Trust
Columbia, 1981. Near Mint-
LP...$14.99
Essential old school Elvis Costello from the peak years of the Attractions era! Trust is one of the earliest albums in which Costello started to shake the punkish roots off just a bit, adding a bit more of his sock soul influences into his patented power pop. Tracks include "Clubland", ... LP, Vinyl record album