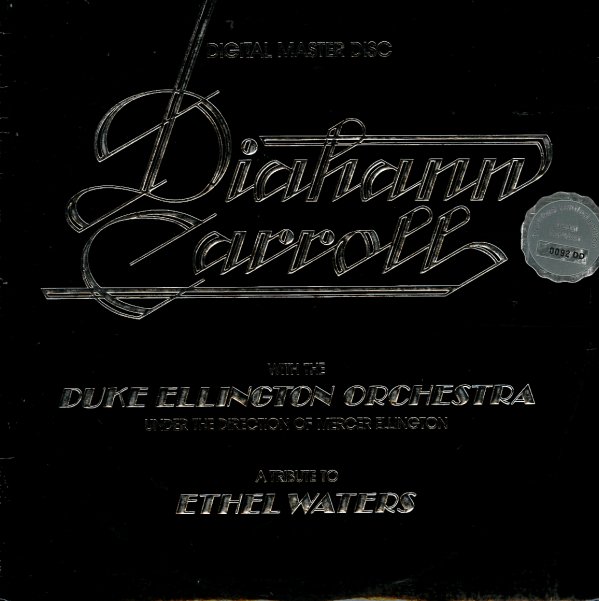 With The Duke Ellington Orchestra – A Tribute To Ethel Waters

(Serial number 0215 I. Cover has light ringwear, bent corner at the top left, some edge wear, and a bit of pen in back.)

Five Feet Of Soul
Colpix, 1963. Near Mint-
LP...$5.99
One of Jimmy Rushing's last truly great albums – a jazz-tinged session of bluesy material, one that gets at his best work of the 50s! The arrangements are by Al Cohn, and have a fluid swing that pushes Jimmy past cliche – working with players that include Zoot Sims, Budd Johnson, ... LP, Vinyl record album

Nina Simone At Carnegie Hall
Colpix, 1963. Sealed
LP...$48.99
A hip set of live tracks from Nina Simone – very dark and moody, with backing by only a small combo that includes two guitars, bass, and drums by Montego Joe! Nina handles all the arrangements herself – with a quality that really shows her stepping forward from straight jazz, and ... LP, Vinyl record album

Whatever We Imagine
Sea Breeze, 1986. Near Mint-
LP...$49.99
A rare set from Chicago jazz vocalist Janice Borla – cut for the tiny Sea Breeze Jazz label! Janice has a warm approach that picks up on all the best breezy jazz styles of the 70s – working here in a mellow small combo mode that includes vibes, guitar, and light percussion. The tracks ... LP, Vinyl record album

Take The A Train (2nd cover)
Bethlehem, 1956. Near Mint-
LP...$4.99
One of the few small group sessions from vocalist Betty Roche – a singer who was known for her work with Duke Ellington, but who sounds even better in this setting! Betty's got a style that's warmly raspy – a bit more edge than some of the cooler vocalists on the Bethlehem label at the ... LP, Vinyl record album