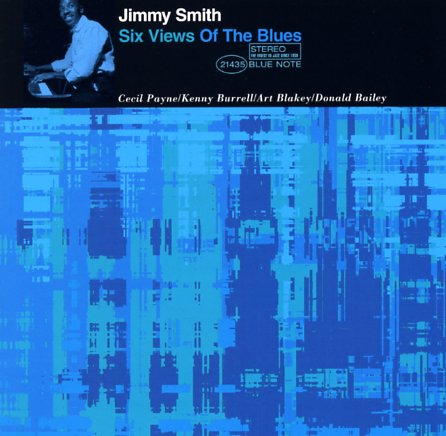 Fantastic studio material from Jimmy's best period on Blue Note! The CD features 6 unreleased tracks – all recorded in 1958, but never issued until now, for some insanely stupid reason! The tracks feature Jimmy's usual organ/guitar/drums trio approach, augmented with some great baritone work by Cecil Payne. Payne was a fantastic player at this point, and his gutsy baritone really opens up the band's soulful grooves in a great way. Kenny Burrell handles guitar, and drums are by either Art Blakey or Donald Bailey. The set includes 4 untitled tracks listed as "Blues No 1", "Blues No 2", etc – plus covers of "St Louis Blues" and "Swing Shepherd Blues". Excellent solo work by Jimmy throughout, with that deep raw sound that he was really laying on heavy in these late 50s recordings!  © 1996-2021, Dusty Groove, Inc.
(Out of print Connoisseur pressing.)