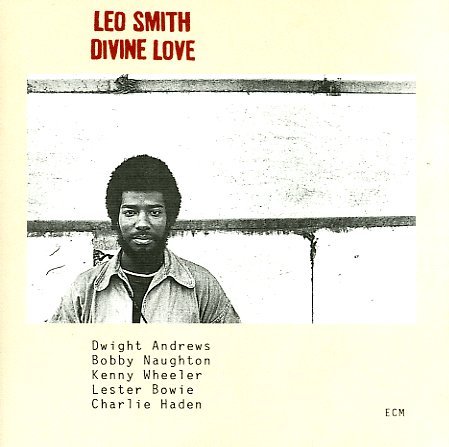 One of the most widely-circulated albums in the early years of Wadada Leo Smith – an ECM session that not only gave the trumpeter the kind of exposure he wasn't getting with his independent and import albums – but also a record that reminded the world that the label also had a strong commitment to the avant garde! There's a wonderfully lyrical vibe to the record – as Smith spins things out alongside a core trio of Dwight Andrews on tenor, bass clarinet, and alto flute – and the great Bobby Naughton on vibes, marimbas, and bells – musicians who work with Leo in the kind of open, instrument-changing space first inspired by the AACM – but with the inherent sense of poetry that Smith always brought to his own music. The record features guest work from Charlie Haden's bass on one track, and from the trumpets of Kenny Wheeler and Lester Bowie on another – and titles include "Divine Love", "Tastalun", and "Spirituals The Language Of Love".  © 1996-2022, Dusty Groove, Inc.
(Cover has a cutout notch.)

Call It Whachawana
Galaxy, 1983. Near Mint-
LP...$5.99
An 80s LP by Johnny Griffin, a later set recorded a few years after his return to the US following a lengthy period spent in Europe. The set's fairly straight ahead, and a great one too – recorded with a youthful and soulful rhythm combo that features Mulgrew Miller on piano, Curtis Lundy on ... LP, Vinyl record album

Jamfs Are Coming
Timeless, 1979. Near Mint-
LP...$9.99
The Jamfs are definitely coming on this one – as Johnny Griffin opens up into some of his most badass soloing of the 70s, caught here in an open-ended European styled mode! The album really features only 2 long tracks – recorded in the Cafe Montmartre style that Dexter Gordon used most ... LP, Vinyl record album