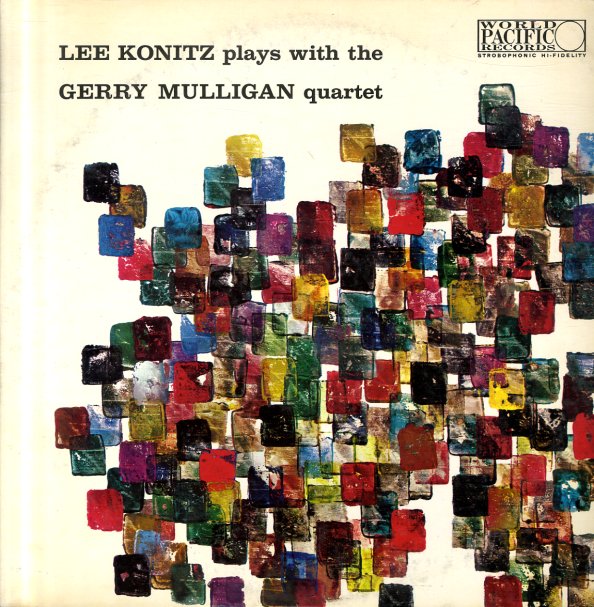 Also available
Lee Konitz & Gerry Mulligan — Lee Konitz Plays With The Gerry Mulligan Quartet (180 gram pressing) ... LP 31.99
A set that's noteworthy not just for the presence of alto saxophonist Lee Konitz, and for the leadership of baritonist Gerry Mulligan – but a record that also features the great Chet Baker on trumpet, working here as part of a trio of musicians who were really helping transform the sound of jazz in the early 50s! And maybe most noteworthy in the set is the lack of any piano at all – a strategy of Mulligan's at the time, but used in a way that also echoes some of Lee's sublime quartet sessions of the mid 50s too – and a nice setting for Chet, as he has plenty of space to open up and craft those magical notes of his youth! The rest of the group features Larry Bunker on drums, and either Carson Smith or Joe Mondragon on bass – and material was recorded partly live, and partly in the studio – with titles that include "Broadway", "Sextet", "Almost Like Being In Love", "Too Marvelous For Words", "Lover Man", "I'll Remember April", and "All The Things You Are".  © 1996-2022, Dusty Groove, Inc.
(Mono blue label World Pacific pressing with deep groove. Vinyl plays with some crackles and tics. Cover has some wear and aging, aged clear tape holding the top seam, some tape remnants at the spine, and heavy wear and splitting in the bottom seam.)

Welcome Home
World Pacific, Late 60s. Near Mint- Gatefold
LP...$13.99
One of the more obscure albums that Groove Holmes cut for Pacific Jazz – and one of his grooviest, too! The set's got a slightly larger group than usual – and the record features work from Wilton Felder, Anthony Ortega, and Tom Scott on saxes – plus George Freeman on guitar, and ... LP, Vinyl record album

California Dreamin'
World Pacific, 1966. Very Good+
LP...$4.99 6.99
The alto of Bud Shank gets some fuller backings from the great Bob Florence – all in a mode that's as groovy as you might expect from the title – and which also features a bit of guest work from Chet Baker as well! The sound's nice and buoyant – swinging, but never too over the ... LP, Vinyl record album