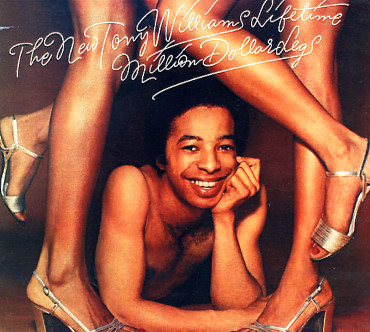 Tony Williams is a million miles from his work with the Miles Davis Quintet on this record – grooving in a heavy rock/fusion mode with his New Lifetime group that includes Allan Holdsworth on guitar, Tony Newton on bass and vocals, and Alan Pasqua on keyboards! The tracks have a post Jeff Beck kind of approach – lots of heavy riffing in a way that does create a bit of funk at the right moments, almost in the Alphonze Mouzon/Tommy Bolin mode – and Williams' drums are right at home in the setting, and somehow filled with as much imagination and creativity as before! Titles include "Sweet Revenge", "Inspirations Of Love", "Lady Jade", "What You Do To Me", and "Joy Filled Summer".  © 1996-2022, Dusty Groove, Inc.
(Includes the printed inner sleeve, with some wear and tear. Cover has ring and edge wear and a light stain in back.)