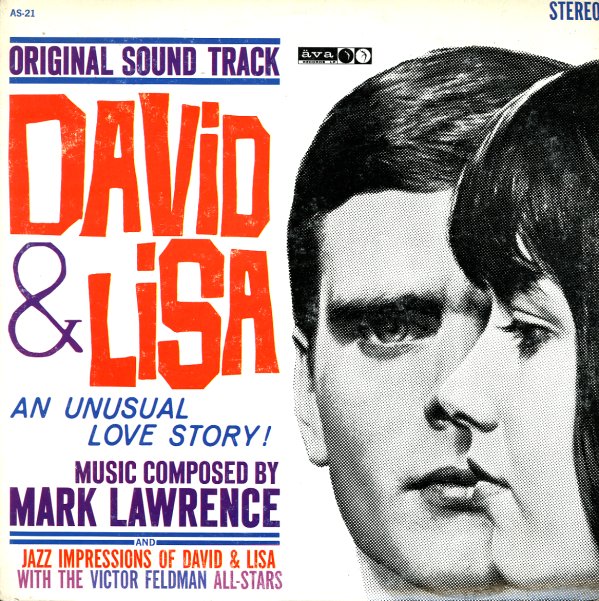 Side one of this LP isn't much to write home about – dramatic orchestral music, written by Mark Lawrence, and conducted by Norman Paris – dark stuff to accompany the film in the title. Side two is great, though – jazzy "impressions" of the main themes, played by a group that's led by Victor Feldman, with a free lyrical approach that's better than most of his other work from the time. Titles include "Theme From David & Lisa", "David & Lisa's Love Song", "Paree Paree Paree", and "Clock Smash".  © 1996-2021, Dusty Groove, Inc.
(Mono pressing. Cover has a promo sticker, call letters in marker, and light wear.)