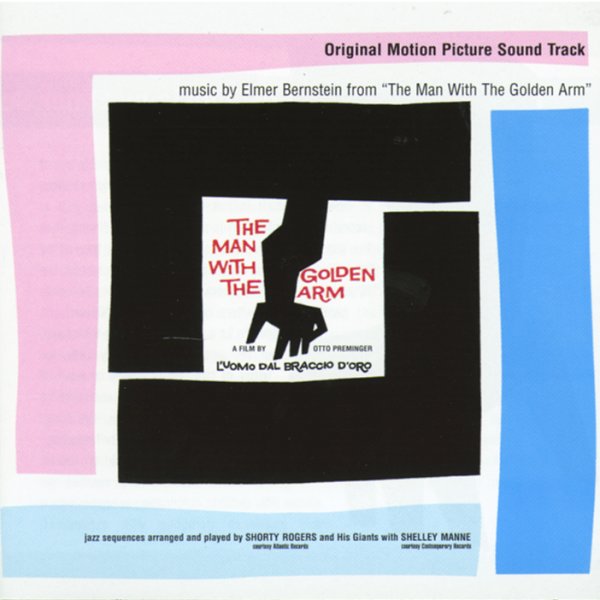 One of the greatest jazz soundtracks of all time! Elmer Bernstein wrote the score to Otto Preminger's chilling film version of Nelson Algren's book The Man With The Golden Arm – a sad tale of jazz, gambling, and heroin addiction on the streets of Chicago (not far from Dusty Groove, in fact!) – and in doing so, he came up with one of the first jazz soundtracks to really work strongly with a dramatic narrative. The film's striking theme is played in a number of variations, either with orchestral backing, or in small combo format by Shorty Rogers & His Giants, a crack west coast group that features work by Bud Shank, Shelly Manne, Bob Cooper, and Pete Candoli. The tracks work perfectly together as a suite of tracks, even without the images of the film – telling a tale of temptation, sadness, tragedy, and rebirth. Titles include "Clark Street", "Breakup", "The Fix", "Zosh", "Frankie Machine", and "Audition". Worth the price for the Saul Bass cover alone!  © 1996-2020, Dusty Groove, Inc.
(Black label Decca pressing with deep groove. Cover has light wear.)