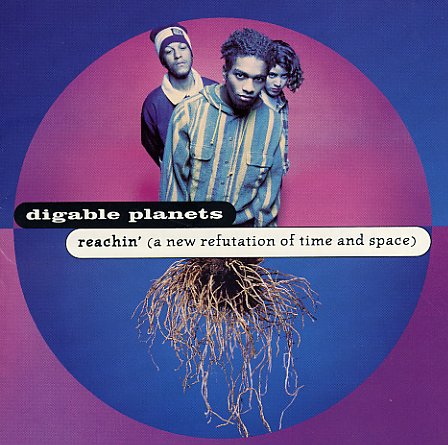 Also available
Digable Planets — Reachin' (A New Refutation Of Time & Space) (2LP Remaster) ... LP 99.99
A jazz-inspired hip hop uberclassic! While Digable Planets might not have pioneered the jazzy hip hop vibe – we might nod to the Native Tongues scene and DJ Premier's productions in the late 80s for that – Digables set a new standard with breezy but head nodding production and mellow, laidback rhyme style that dug into the abstract lyrical realm more than any of their predecessors. Still sounds fresh today, too! Includes "Where I'm From", "It's Good To Be Here", "What Cool Breezes Do", "Time & Space (A New Refutation Of)", "Rebirth Of Slick (Cool Like Dat)", "Escapism (Gettin Free)", "Pacifics", "Appointment At The Fat Clinic", "Swoon Units", "Last Of The Spiddyocks", "Examination Of What", "Nickel Bags", and "Jimmi Diggin Cats".  © 1996-2023, Dusty Groove, Inc.

Blowout Comb
Pendulum, 1994. Used
CD...$6.99 9.99
A lasting classic from Digable Planets, and a record that really helped push the bar forward for hip hop at the time – at a level that's still kept this one strong all these many years later! Digable Planets weren't the first group to bring in some influence from jazz to their work – ... CD