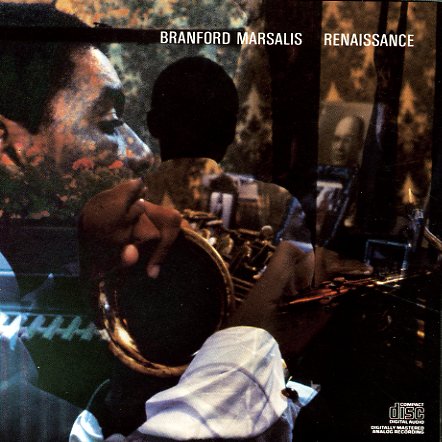 With Marsalis on tenor and soprano, Kenny Kirkland on piano, Bob Hurst on bass, Tony Williams on drums, and featuring Herbie Hancock and Buster Williams on "The Peacocks".  © 1996-2021, Dusty Groove, Inc.
(Cover has a promo stamp and a small piece of clear tape at the opening.)