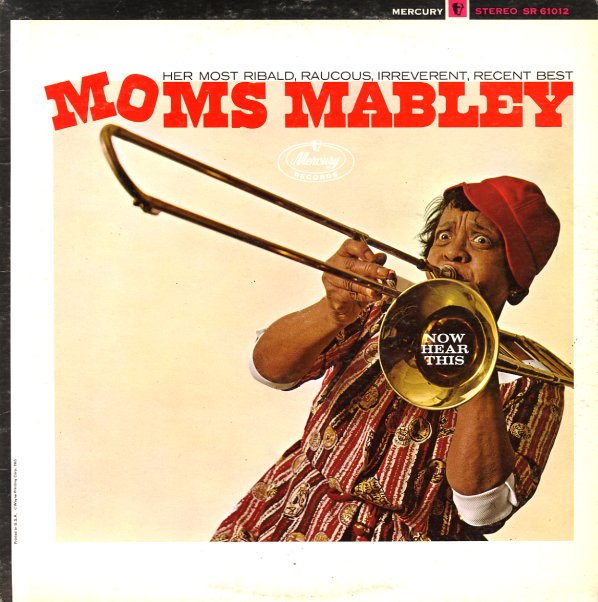 One of the best records to capture the true essence of Moms – a continuous performance that runs for both sides of the record, recorded in New York during the 60s, with some piano accompaniment by Lloyd Mayers.  © 1996-2021, Dusty Groove, Inc.
(Mono red label pressing with deep groove. Cover has some wear and aging, a smeared promo ink stamp on back, and a piece of masking tape and call letters in marker on front.)