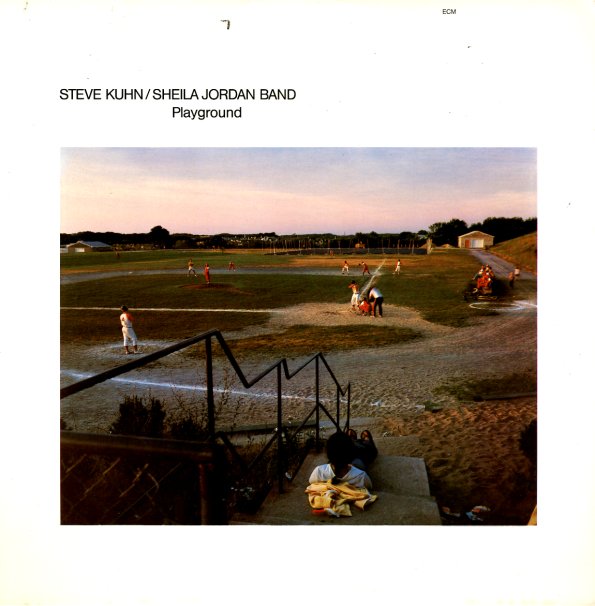 One of Steve Kuhn's amazing collaborations with vocalist Sheila Jordan! Although Kuhn's a pianist at heart, he always seems to have an ear for singers – especially at this time in his career, when both his playing and his compositions gave such new inspiration to a 70s decade of vocal experimentalists. Jordan's definitely at the forefront of that generation, and works here beautifully with Kuhn's piano – in a group that also includes Harvie Swartz on bass and Bob Moses on drums. Most tunes are relatively spare, and build up with a great sort of sensitivity – and titles include "Deep Tango", "The Zoo", "Life's Backward Glance", and "Gentle Thoughts".  © 1996-2022, Dusty Groove, Inc.
(Cover has light wear and a promo stamp. Vinyl has a short click on "Deep Tango".)