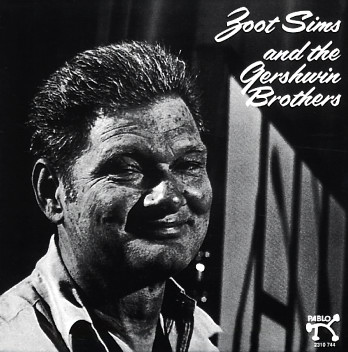 Way more than just a Gershwin Songbook sort of record – thanks to some tremendous blowing here by Zoot Sims, who's mellowed nicely with age, and comes up with a wonderful sound for the record! It may just be us, but there seems to be a lot more soul in Zoot's horn than ever before – more humanity, and a sort of pausing, almost faltering approach to the tunes that takes them way past their overdone versions. The rest of the group includes Oscar Peterson, Joe Pass, George Mraz, and Grady Tate – but the Sims' sound is the main star of the set – and it's really wonderful! Titles include "The Man I Love", "Embraceable You", "Summertime", "Isn't It A Pity", "I've Got A Crush On You", and "Oh Lady Be Good".  © 1996-2021, Dusty Groove, Inc.
(Cover has light wear.)