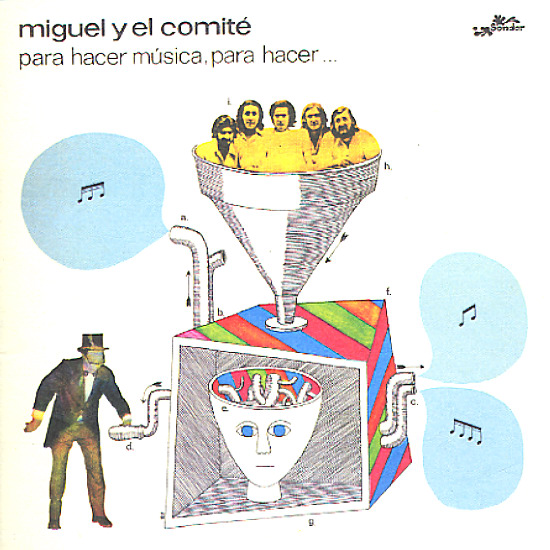 Hard grooving, heavily grooving South American rock from Miguel Y El Comite (Miguel & The Committee) from the early 70s – led by Miguel Livichich, who made waves a bit earlier with El Syndikato! The percussion drives the sound pretty well, but the vocals are nicely out front in the mix, where they should be, as their charismatic and inviting as can be – with a nice fuzzed out guitar sound and a killer bass sound. Includes " Para Hacer Musica, Para Hacer...", "No Va Mas (Ya)", "Mi Sol", "Que Me Importa", "Junto Al Mar", "No Ves Que No Cabe", "Candombe Triste", "Hiroshima (1945)", Rompan Todo" and more. One bonus track: "Mala-Mala", a 1972 single b-side.  © 1996-2022, Dusty Groove, Inc.