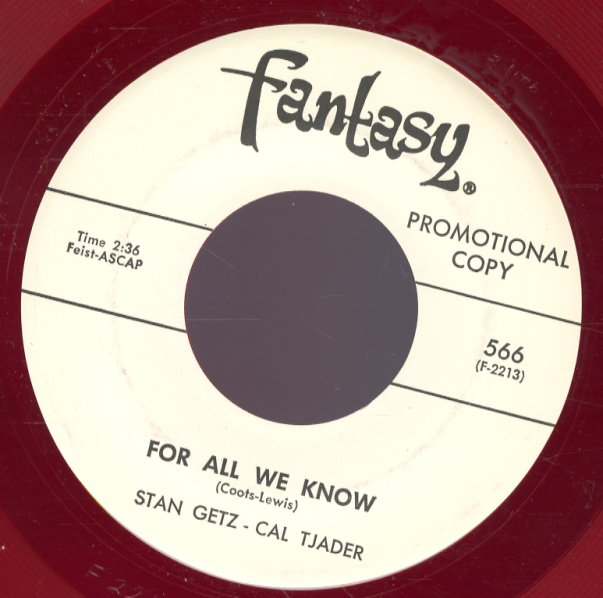 For All We Know/Ginza Samba

"Ginza Samba" is a wonderful track that might well be the first time Stan and Cal ever hit anything a bit bossa!  © 1996-2021, Dusty Groove, Inc.
(Red vinyl promo. Label on "Ginza Samba" has a small sticker.)

I Got To Tell Somebody/Why Are You Leaving Me
Fantasy, Early 70s. Very Good+
7-inch...$9.99
Obscure work by Betty Everett – but very nice! Both sides were arranged by Donny Hathaway, and produced by Betty's old boss at Vee Jay, Clarence Carter. "I Got To Tell Somebody" is a great little number – at about a midtempo pace, sung out proudly about Betty's new love, and ... 7-inch, Vinyl record