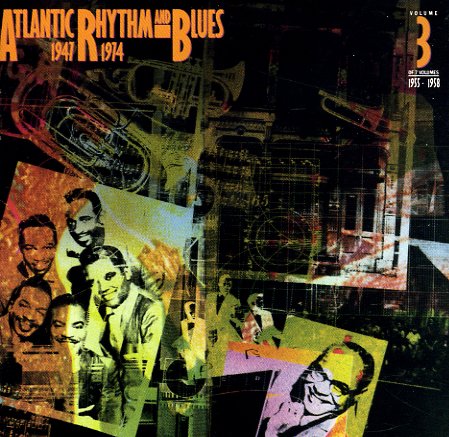 Culled from the rich history of the Atlantic records label, and lovingly put together with great notes and everything! 28 tracks in all, including "Ruby Baby" and "Fools Fall In Love" by the Drifters,"In paradise" by the Cookies, "The Chicken & The Hawk" by Joe Turner, "Devil Or Angel" by the Clovers, "Drown In My Own Tears" and "Lonely Avenue" by Ray Charles, "Jim Dandy" by LaVern Baker, 'Down In Mexico", "Searchin'" and "Yakety Yak" by the Coasters, "Treasure Of Love" by Clyde McPhatter, "Since I Met You Baby" by Ivory Joe Hunter, "Lucky Lips" by Ruth Brown, "Midnight Special Train" by Joe Turner, "Cc Rider" and "Hang Up My Rock & Roll Shoes" by Chuck Willis and "Mr Lee" by the Bobbettes.  © 1996-2021, Dusty Groove, Inc.
(Out of print.)