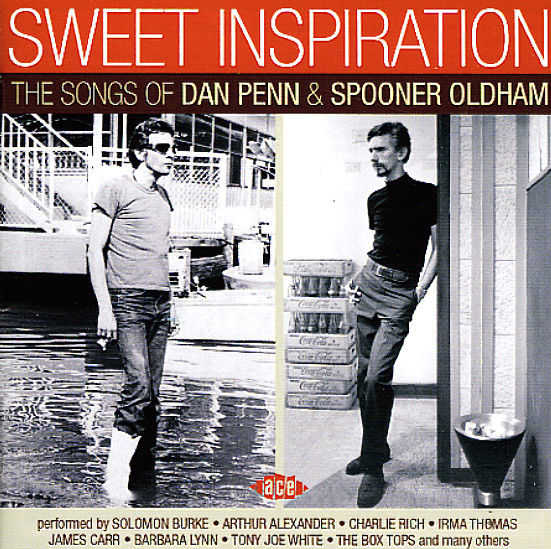 A treasure trove of wonderful tunes – all written by the legendary southern soul team of Dan Penn and Spooner Oldham! The pair rarely entered the spotlight themselves, but contributed countless compositions that helped forge the sound of southern soul in the 60s – classic tunes that made the music of Memphis and Muscle Shoals even more mighty than anyone might have expected – thanks to a depth of feeling, sensitivity of emotion, and a trademark undercurrent of sadness that really helped the music set a new level at the time! This collection is the first to really do justice to the full range of the Penn/Oldham catalog – a beautiful batch of soul singles from a variety of different 60s labels – laid out back to back, in a breathtaking tapestry of soulful music. Titles include "Feed The Flame" by Ted Taylor, "Take Me" by Solomon Burke, "I'm Your Puppet" by Dionne Warwick, "Out Of Left Field" by Percy Sledge, "Cry Like A Baby" by Arthur Alexander, "It Tears Me Up" by Jeanne Newman, "I Met Her In Church" by Tony Borders, "I Need Someone" by The Wallace Brothers, "In The Same Old Way" by Arthur Conley, "Let It Happen" by James Carr, "Are You Never Coming Home" by Sandy Posey, and "I Worship The Ground You Walk On" by Etta James.  © 1996-2022, Dusty Groove, Inc.