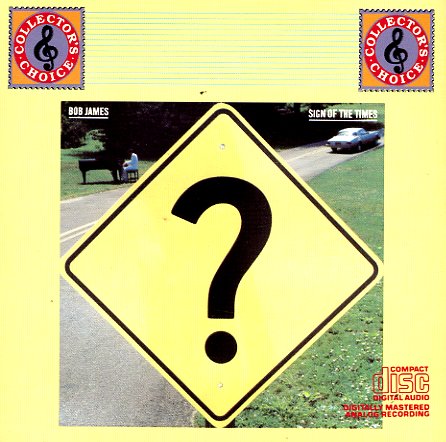 Soulful 80s work from Bob James – a record that features him working a bit with Rod Temperton of Heatwave, in a style that's got a few more soul-based modes than before! Temperton wrote half of the tracks on the record – the tighter, catchier ones that often use a bit of backing vocals alongside Bob's keyboards – in a style that nicely breaks the mold a bit from the CTI years, and helps slide his smoother jazz groove into crossover R&B territory. And while you might wince at such a thought, James is actually better suited than most to do this sort of thing – as his sense of presence on the keys is still quite strong, and his traditional feeling for space still keeps the tunes nicely lean overall. Titles include "Sign Of The Times", "Love Power", "Unicorn", "Enchanted Forest", "Steamin Feelin", and "Hypnotique".  © 1996-2021, Dusty Groove, Inc.
(Ou tof print Collector's Choice pressing with a border.)