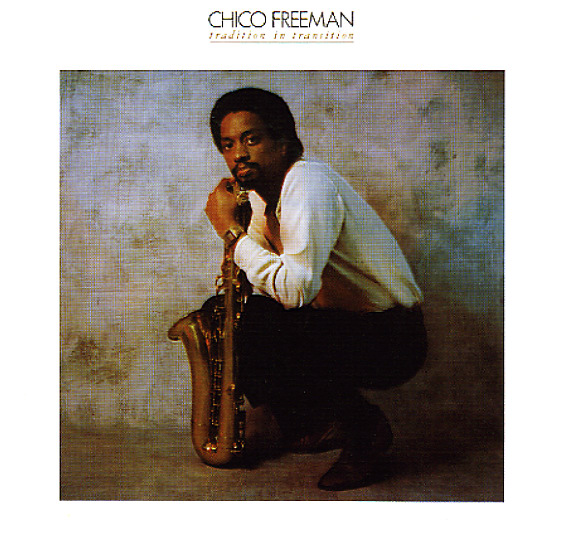 A well-titled set from Chico Freeman – as the reedman definitely takes older modern modes into new territory here – moving in almost Monk-ish space, but with some sharper, bolder tones overall! The album's a surprising one for an early 80s major label release – a great reminder that some companies were still willing to take a chance on jazz at the time – and Chico's got a key assortment of players working with him on the date. In addition to his own tenor, flute, and bass clarinet, the record features Wallace Roney on trumpet, Clyde Criner on piano, Cecil McBee on bass, Billy Hart on drums, and Jack DeJohnette on either drums or piano – shifting about a bit from track to track. Titles include "Mys-Story", "At A Glance", "In Spirit", "The Trespasser", "A Prayer", and "Each One Teach One".  © 1996-2022, Dusty Groove, Inc.

Pieces Of A Dream
Elektra, 1981. Very Good
LP...$3.99
The debut of a genius group that would forever transform the sound of electric jazz in the 80s – and a brilliant set that few others could match at the time! Pieces Of A Dream first snuck onto the scene with a sound that was refreshingly subtle at the time – almost a back-to-basics ... LP, Vinyl record album

Four French Horns Plus Rhythm
Elektra, 1957. Very Good+
LP...$29.99
A pretty cool little set – one that sounds far better than the clunky title might make you think! Julius Watkins is the lead French Horn in a quartet of brass players that includes David Amram, Tony Miranda, and Fred Klein – and if you know Watkins' style on the instrument, you know ... LP, Vinyl record album

Griffith Park Collection
Elektra, 1982. Very Good+
LP...$8.99
A seminal set in the rebirth of straight jazz in the early 80s – a wonderful record with a much warmer, more traditional feel than you'd expect from some of the players involved! Bassist Stanley Clarke and pianist Chick Corea really return to their roots here – Stanley with some of the ... LP, Vinyl record album