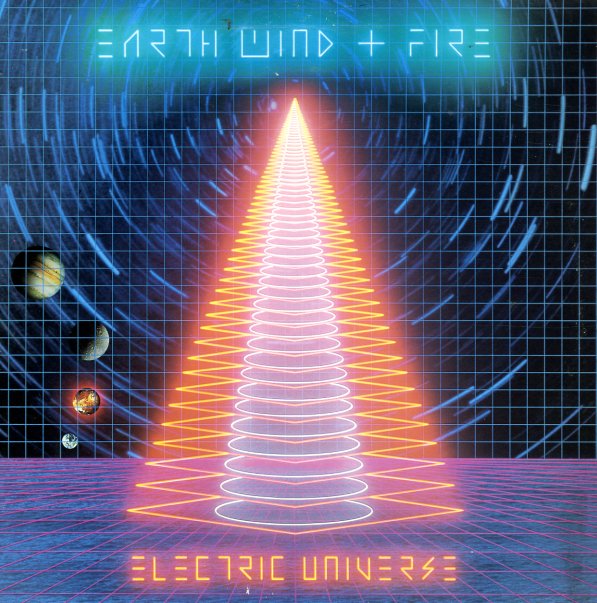 The title's no joke, as Earth Wind & Fire are definitely part of the electric universe of early 80s Columbia Records – the galaxy that also includes Herbie Hancock during his electro years! As a result, there's a lot more keyboards and electric rhythms in the set than before – a new setting for the still-positive expressions of the group – one that works especially well on the mellower cuts! These really have the group opening up their best ballad modes – stretching out to crossover nicely, yet still with a quality level that's head and shoulders above most of their contemporaries. Of course, the sweet vocals of Philip Bailey really help put over some of the best cuts too! Titles include "Moonwalk", "Touch", "Could It Be Right", "Sweet Sassy Lady", "Spirit Of A New World", and "We're Living In Our Own Time".  © 1996-2022, Dusty Groove, Inc.
(Includes the printed inner sleeve. Cover has some edge wear.)