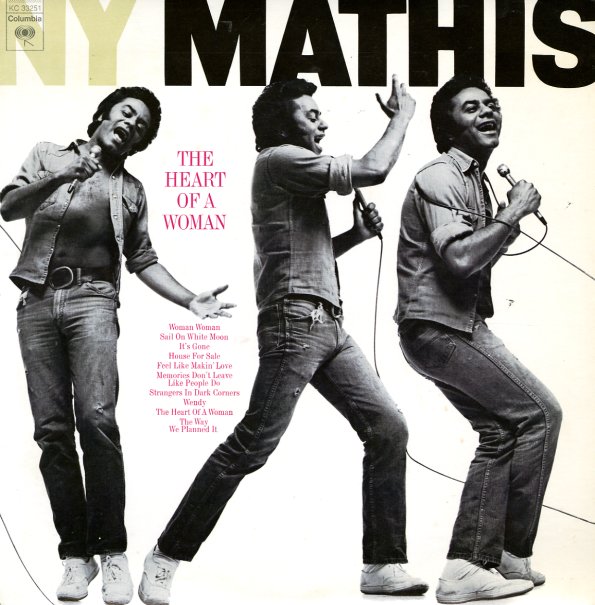 Heart Of A Woman

The voice of Johnny Mathis meets the soulful arrangements of Paul Riser and HB Barnum – all wrapped up with Johnny Bristol production! Johnny's tender voice, the gently sweeping arrangements and soul-rooted production make this one a gemTitles include "Woman Woman", "Sail On White Moon", "Feel Like Makin Love", "It's Gone", "Memories Don't Leave Like People Do", "Strangers In Dark Corners", and "The Way We Planned It".  © 1996-2021, Dusty Groove, Inc.
(White label promo. Cover has ring and edge wear with a cut corner.)