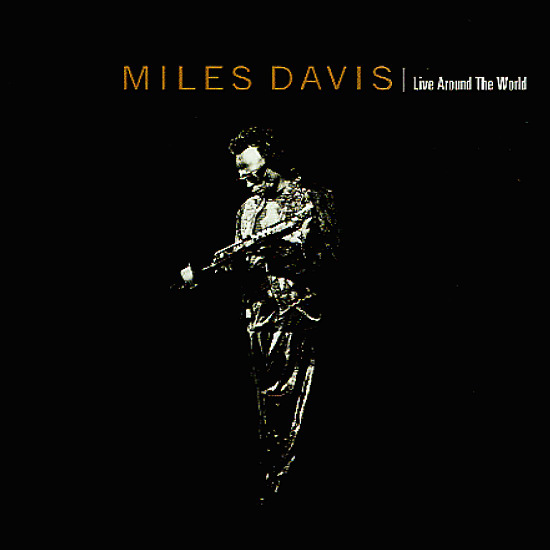 Live Around The World

Late live work from Miles Davis – a collection of material recorded in various concert settings during the last few years of the 80s – pulled together as a double-length tribute the trumpeter after he passed away! The quality of the performances here is great – very similar to some of Miles' early 80s work for Columbia, especially his great 2LP live set for them – and the players on the tracks vary a bit, given the setting – and include Adam Holzman, Joey DeFrancesco, and Robert Irving III on keyboards – plus Kenny Garrett on alto and flute, Benny Rietveld and Foley on bass, Ricky Wellman on drums, and Marilyn Mazur on percussion. Titles include "Hannibal", "New Blues", "Intruder", "Time After Time", "Human Nature", "Full Nelson", "Wrinkle", and "Amandla".  © 1996-2022, Dusty Groove, Inc.