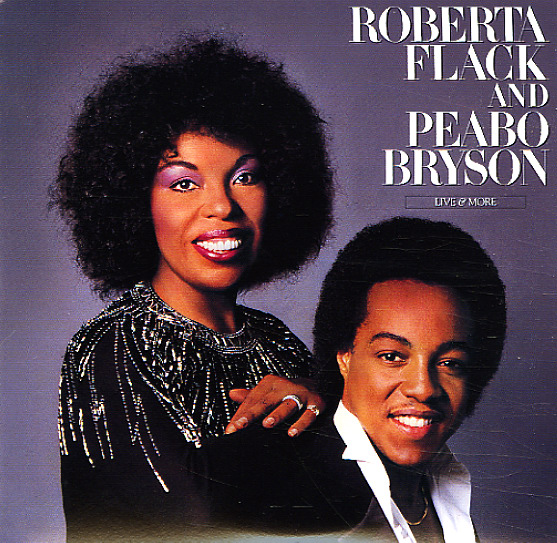 A double album from Roberta & Peabo – with some nicely recorded tracks from a gig at The Holiday Star Theater in Merrillville, IN (not too far south of Chicago) in the dawn of the 80s – and some tight studio material, too! It's got a some terrific live versions of some of the biggest hits from both singers – plus their great duets. Titles include "Don't Make Me Wait Too Long", a nice version of "Back Together Again" – which was originally done by Roberta Flack and Donny Hathaway, "Killing Me Softly", "God Don't Like Ugly", "Feel The Fire", and "Only Heaven Can Wait/You Are My Heaven". 14 tracks on 2LPs.  © 1996-2022, Dusty Groove, Inc.
(Includes the lyric sleeves. Cover has light surface & edge wear.)