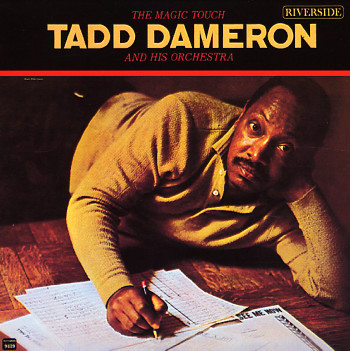 One of Tadd Dameron's last true jazz sides – featuring the bop maestro composing, arranging, and conducting for a large group that includes Bill Evans, Johnny Griffin, Joe Wilder, Clark Terry, and Philly Joe Jones. There's a bit of Ellington in the album – with somber washes of mood and color, in a manner that was always one of Dameron's strongest suits – and the quality of the players, especially Evans, really adds a lot to the album. Titles include "On A Misty Night", "Just Plain Talkin", "You're A Joy", "Swift As The Wind", and "Dial B For Beauty".  © 1996-2021, Dusty Groove, Inc.
(OJC pressing.)