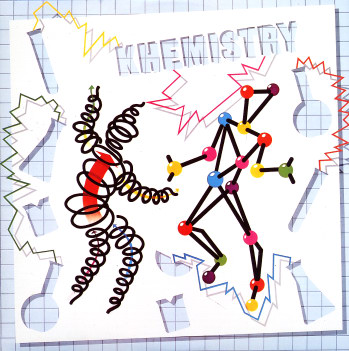 The only album we've ever seen from Khemistry – but a heck of a sweet little set, and one that's always been dear to our hearts! The trio features two gals and one guy, all working with a great sing-song approach on the vocals – and a snapping 80s groove on the rhythms! There's a warmth here that you don't always find in sets of this type – a simple, straightforward feel that keeps the whole album humming along nicely – even through some of the mellower numbers. Production is never too commercial, and the instrumentation's never too electric – and the album's got a simple charm that's kept it a favorite on rare soul lists for decades. Titles include "Can You Feel My Love", "There's No Me Without You", "I Can't Lose With The Stuff I Use", "Sucker For The Boogie", "I Got A Feeling", and "Walking Papers".  © 1996-2022, Dusty Groove, Inc.
(In a very cool Japanese-styled, LP-like cardboard sleeve cover!)

24 24 Music – The Definitive Arthur Russell Sleeping Bag Recordings
Sleeping Bag/Get On Down, 1981. New Copy 2 CDs
CD...$9.99 19.99 (LP...$18.99)
An incredible album from Dinosaur L – the legendary New York dancefloor project of Arthur Russell! – fleshed out and expanded more than ever before by Sleeping Bag and Get On Down Records! The group's core sound is a punky, funky, chunky amalgam of bass thumping, guitar riffing, ... CD