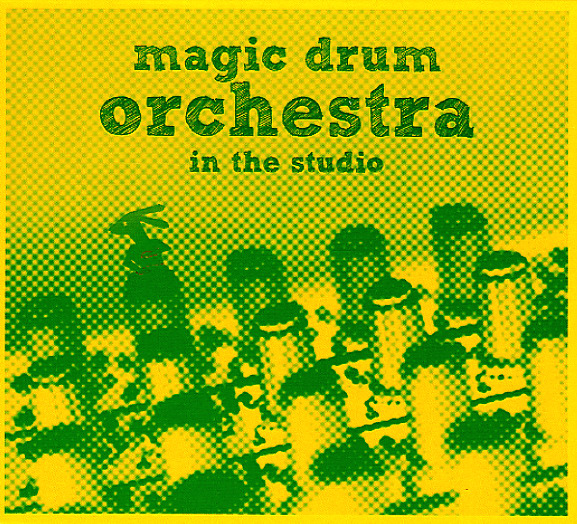 Plenty of drum magic here – a highly rhythmic outing that's built from the talents of a battery of great percussionists, working without any other instrumentation at all! There's a romping, funky sensibility to the music on most numbers – drums and percussion handling not just the grooves, but the melody as well – kind of a reversal of the similar modes you might get from a funky brass band, but with even grittier results overall! A few tunes get core inspiration from work by The Whitefield Brothers, Snoop Dogg, and others – but the Magic Drum take on the tunes is something else completely unique – as you'll hear on tunes that include "Drop It Like A Funky Muppet", "Tumbaiao", "Serengeti", "Ragga Samba", "Dynamic Africana", and "Sofa/Gidamba".  © 1996-2021, Dusty Groove, Inc.
(Out of print.)