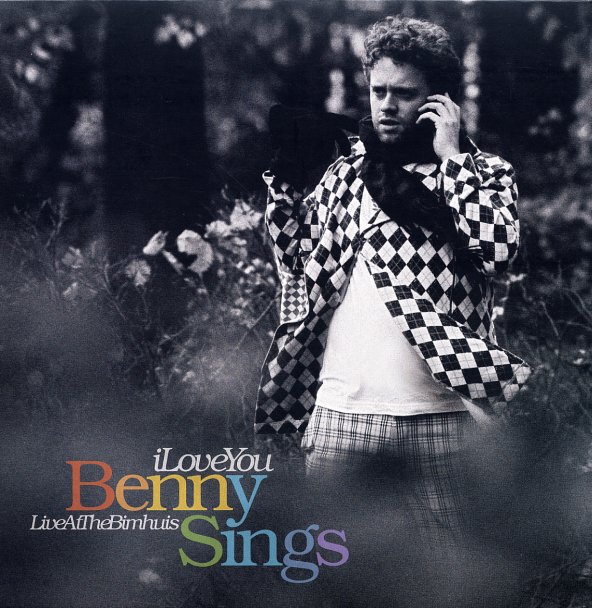 I Love You – Live At The Bimhuis

The second album from Benny Sings – quickly emerging as one of the best pop crooners of the 21st Century! The set's even greater that Benny's debut – recorded live in Amsterdam, with a full group arranged into tight formation – and a sound that's steeped in 70s crossover pop references. The music has strands of Labbi Siffre, Gilbert O'Sullivan, Burt Bacharach, Jimmy Webb, Bob Dorough, Todd Rundgren, and a number of our other favorite older pop artists on the more personal side of the spectrum. But the sound here is also uniquely Benny's own – filled with a voice and a vision that's as independently special as any of those artists who've come before – and coming off with a style that's extremely charming and magnetic. If you're expecting the soul-based sounds of Benny's Champagne album, think again – but if you can appreciate well-crafted, well-arranged pop songs in a classic style, you'll love this one! Titles include "Below The Waterfall", "No More Drinks For Me", "Follow The Light", "Get There", "Make A Rainbow", "Yours", "So Light", and "New Bed".  © 1996-2023, Dusty Groove, Inc.

Bold & Beautiful
BBE (UK), 2006. Used
CD...$6.99
A great title for an equally great little record – one that marks a whole new stage of genius for Philly soul maestro Vikter Duplaix! Vikter's been making our world plenty brighter with his music for a number of years, but with this record he earns our respect even more – by smoothing ... CD

Violet Flower
Meta Music, 2006. Used
CD...$3.99
A really wonderful set from Yolanda Johnson – the daughter of 70s mellow soul genius Samuel Jonathan Johnson, but a heck of a great artist in her own right! Yolanda's definitely inherited some of her father's talent for a laidback groove – and this album's a masterpiece in understated ... CD

Nova Soul 3 – Soul Flavoured Club Tunes
Audiopharm (Germany), 2007. Used 2 CDs
CD...$6.99
The soul flavours here are especially strong – and even though some of the set features club numbers, the overall vibe is much more in the mode of Neo Soul and deep funk! The set's one of the hippest we've seen so far on the Audiopharm label – and like others from the company, it's ... CD

Bitter
Maverick, 1999. Used
CD...$5.99
A record that really marks the sophisticated transformation of the Meshell Ndegeocello sound – a move from the more straightforward soul of her earlier releases, to the complicated mix of sounds that's almost made her a genre unto herself! Throughout the years, Meshell has been as much an ... CD

Reflections Of Misconception
Studio Confession, 2006. Used
CD...$8.99
One of the boldest, fullest, and most soulful albums we've ever heard from Peven Everett – a set that's overflowing with enough classic influences to rival the genius of Stevie Wonder in the 70s! The groove here is really tremendous – not just house rhythms or beats and keys, but a ... CD